The Scoundrel that you Need
Ostrovsky 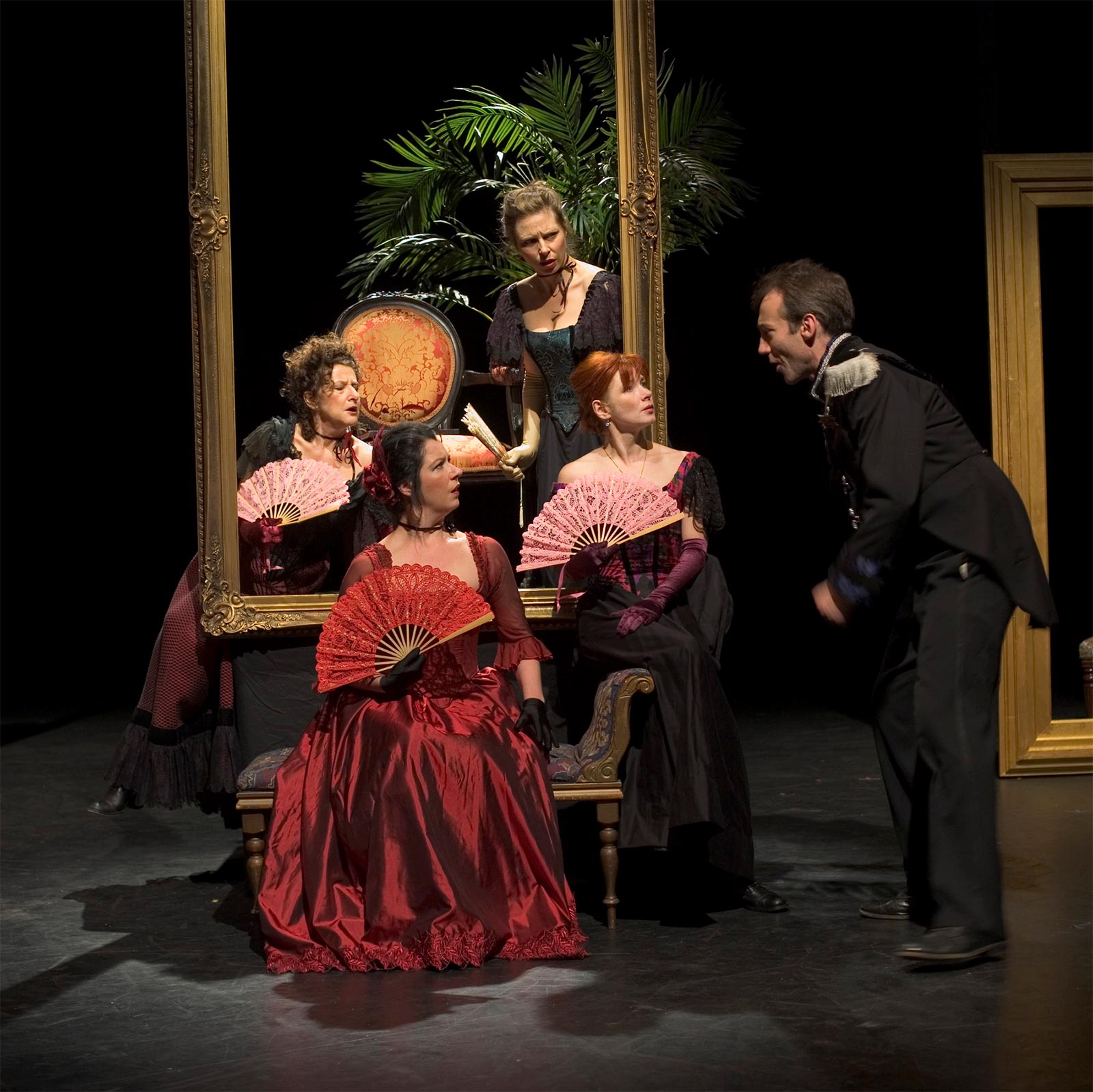 In this production we used screens and frames to present the world of appearance and illusion within which the trickster flourishes and intrudes upon society. 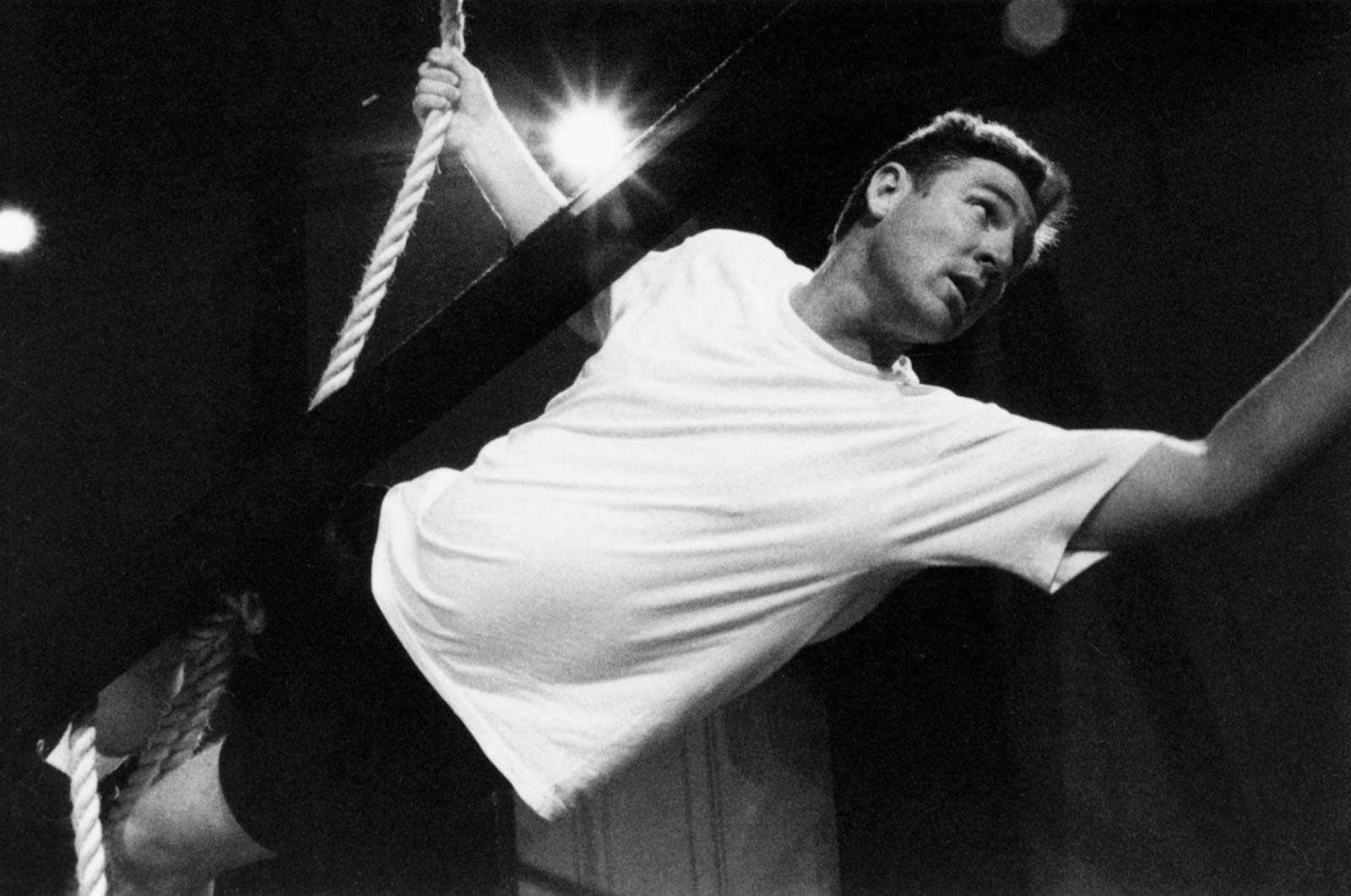 In this production we explored the interplay between actors and physical materials to embody the colliding worlds of the play – rope for Rome (Antony and Octavian), fabric for Egypt (Cleopatra, Chairman and Isis) and iron for the intrusion of Pompey. 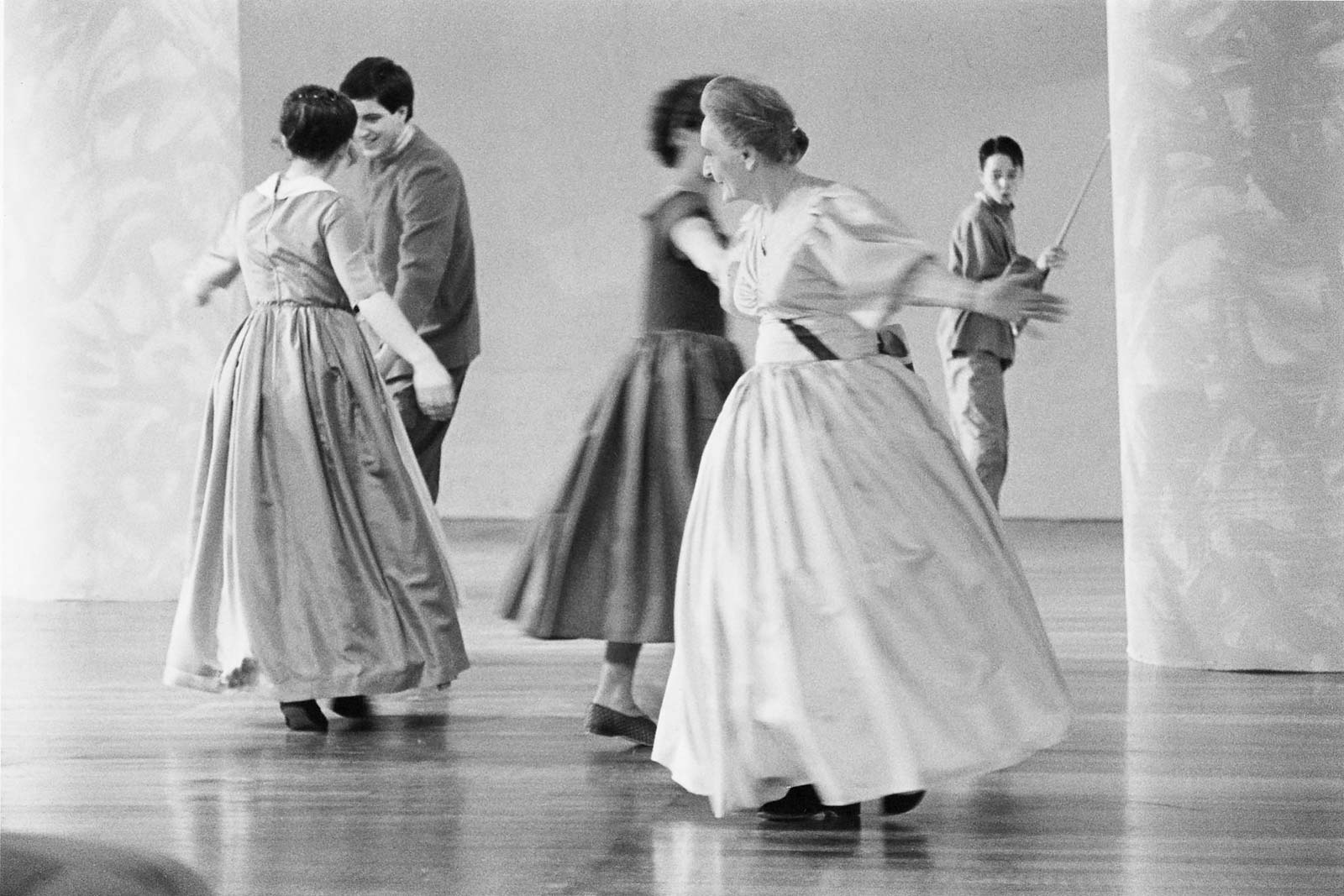 In this production we took events that Chekhov evokes off stage – here, the ballroom scene – and realised them on stage. The production was built around, and undertaken as a tribute to, the distinguished Geelong actress, Margaret Ricketts, here seen as Ranevskaya. 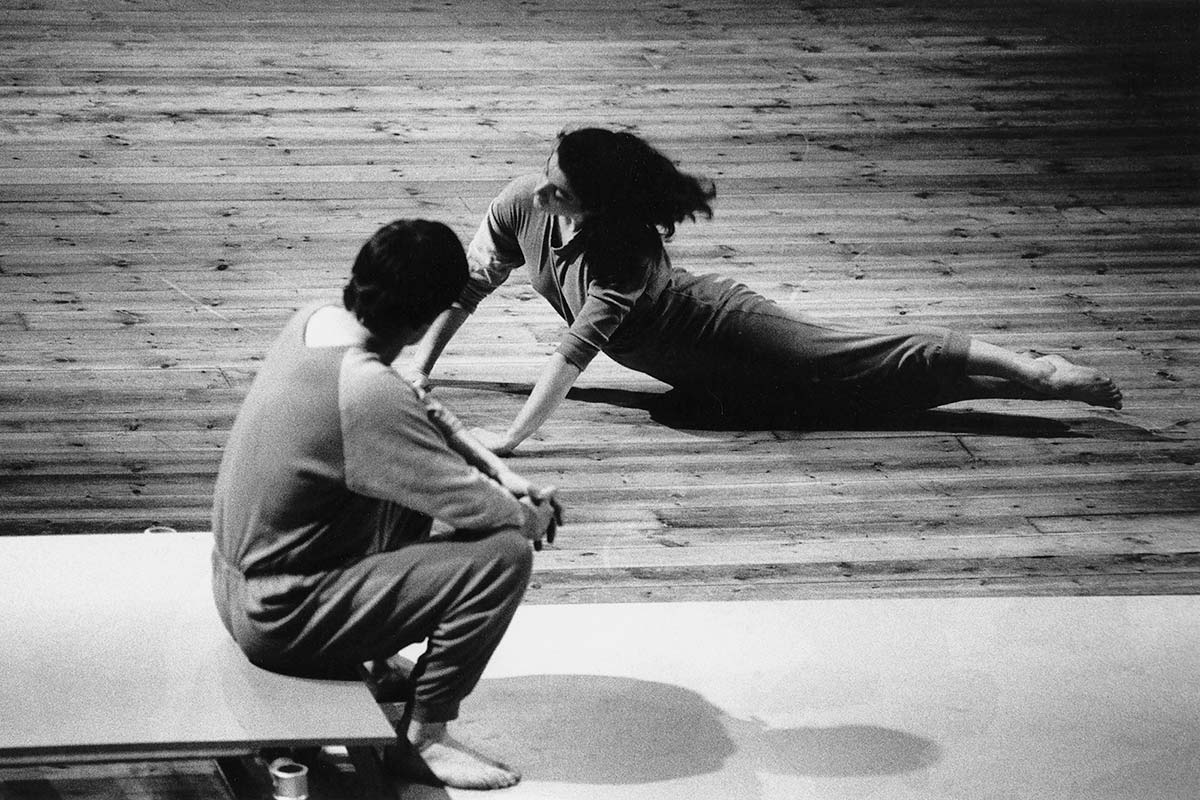 The story was drawn was the theft of two dolphins retained for experimental purposes at a US naval facility in Hawaii. Historian/writer Gavan Daws had done substantial research on the subject and worked with us to create the play. We used a combination of contact release work and swivel trapezes to embody the movement of the dolphins and created a sound landscape to suggest the interplay between human signals to the dolphins and the sonic world that they inhabited. 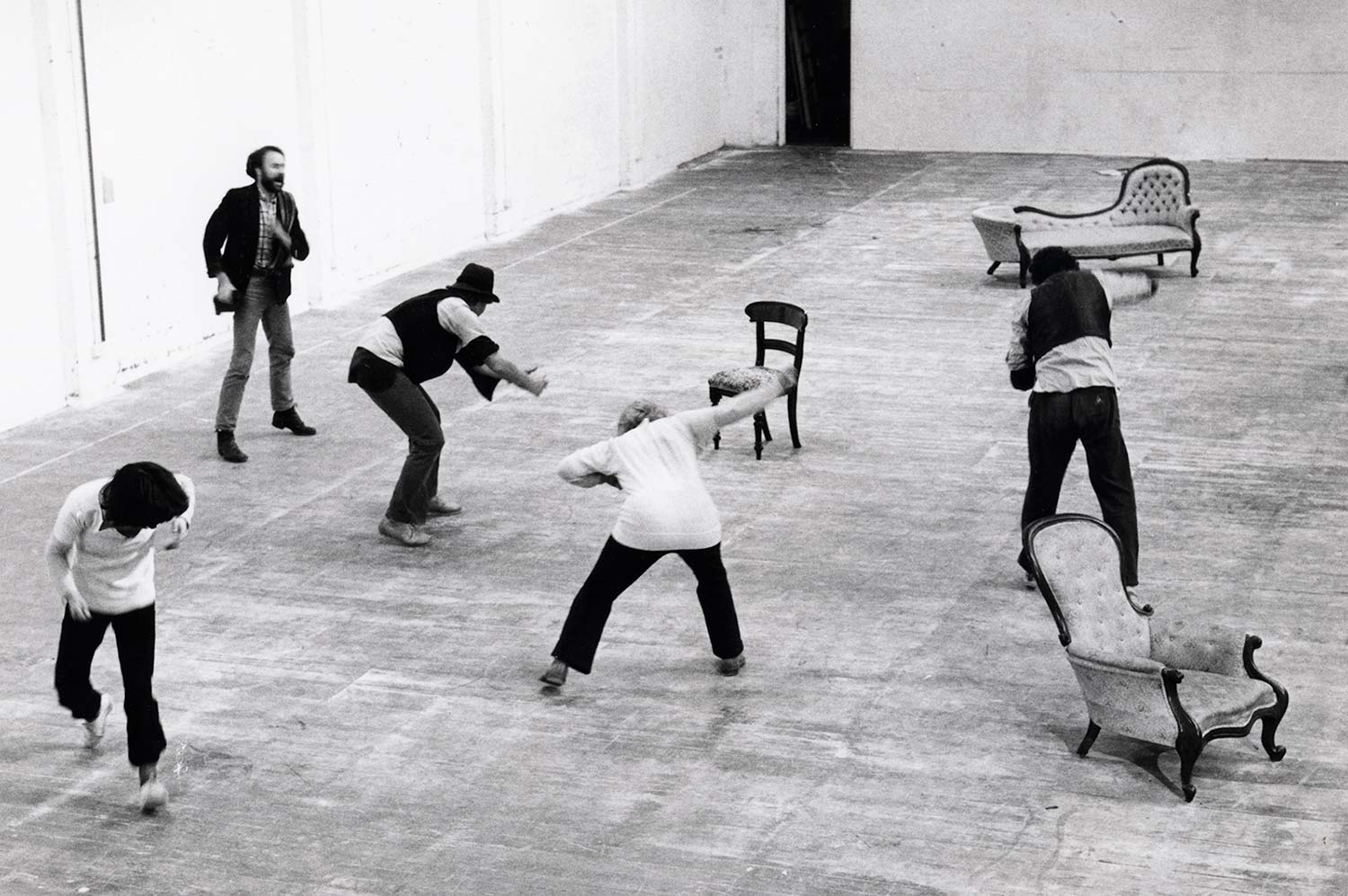 The production was based on The Clyde Company Papers, a compendium of documents related to the foundation of an early pastoral company which set out from Geelong. It was one of a series of plays staged by the Mill Theatre created from materials of Geelong’s history. The Clyde Company Station was composed of patterns of sound, movement and narrative, evoking the different spaces occupied by the company and its investors in Scotland and Van Diemen’s Land.

The Burning of Bentley’s Hotel
Devised by the Company 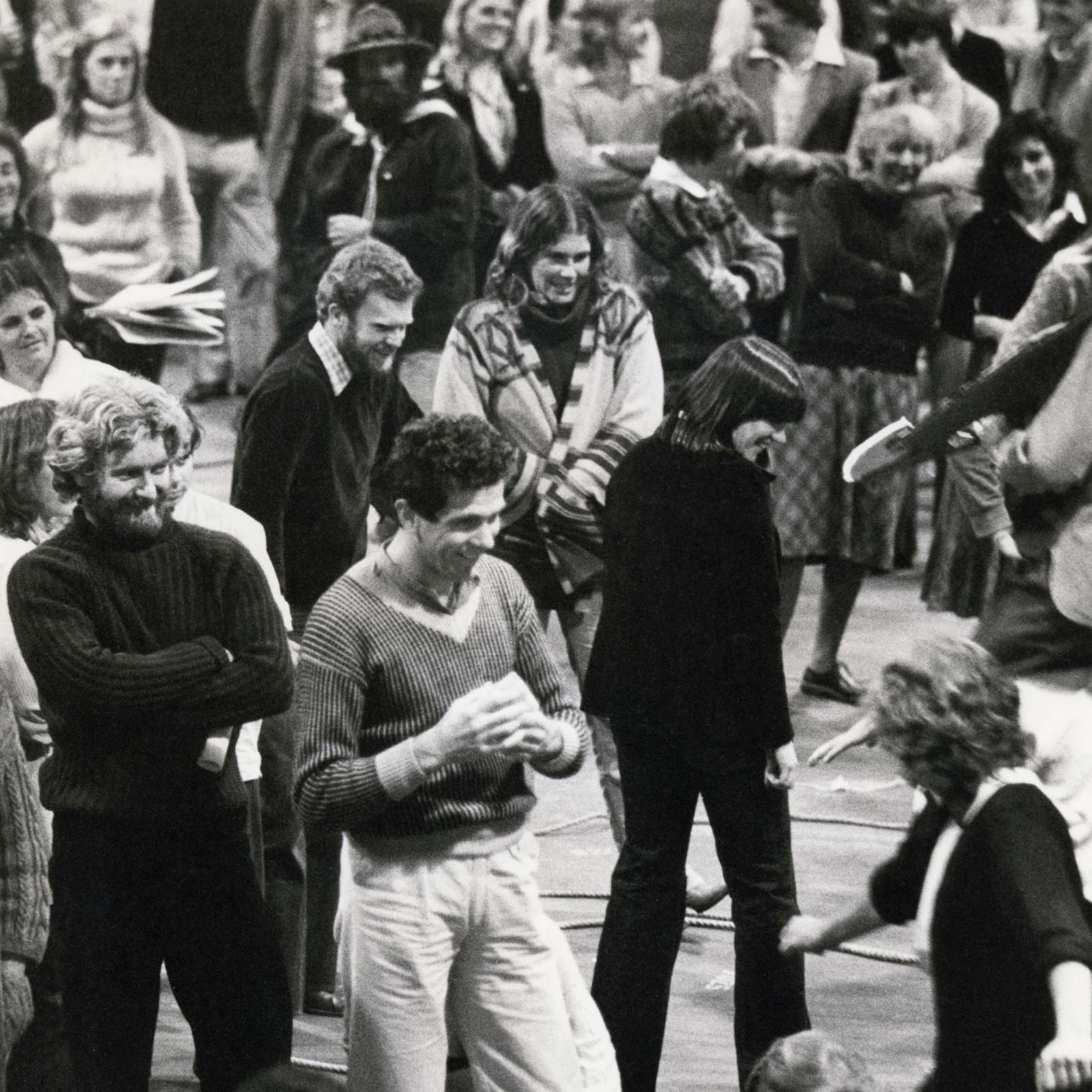 This production was part of the Geelong history series and was based on the interplay between Geelong and Ballarat during the gold rush. The theatre was laid out in a grid form (the ropes suggesting this can be seen on the floor). This grid depicted the administrative layout of the diggings that eventually sparked the confrontation with authorities in the burning of Bentley’s hotel and the insurrection at the Eureka Stockade. The play used game-structure to evoke the narrative and involve the audience (as in this photo) in interaction with the performers. 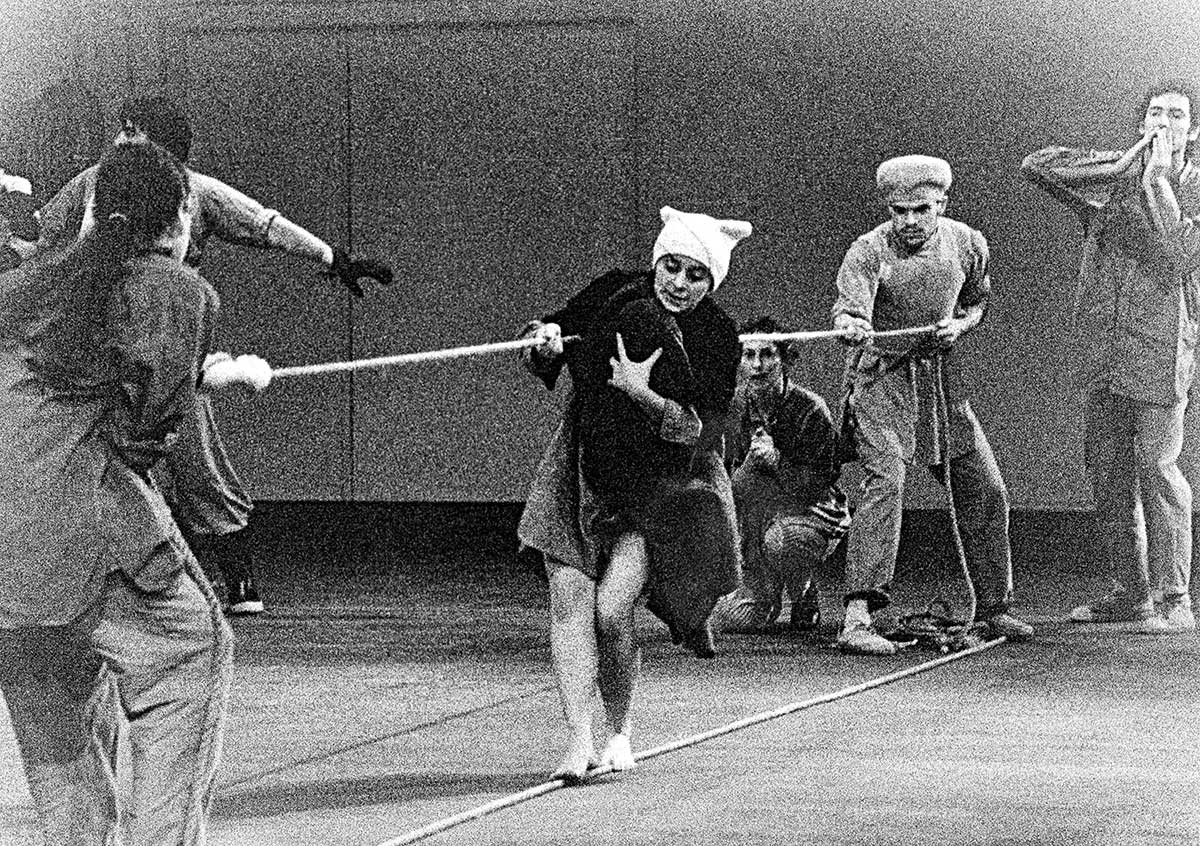 The production used rope, fabric and ceramics to depict Grusha’s journey. The audience travelled with her between the front and back theatres at the Mill. 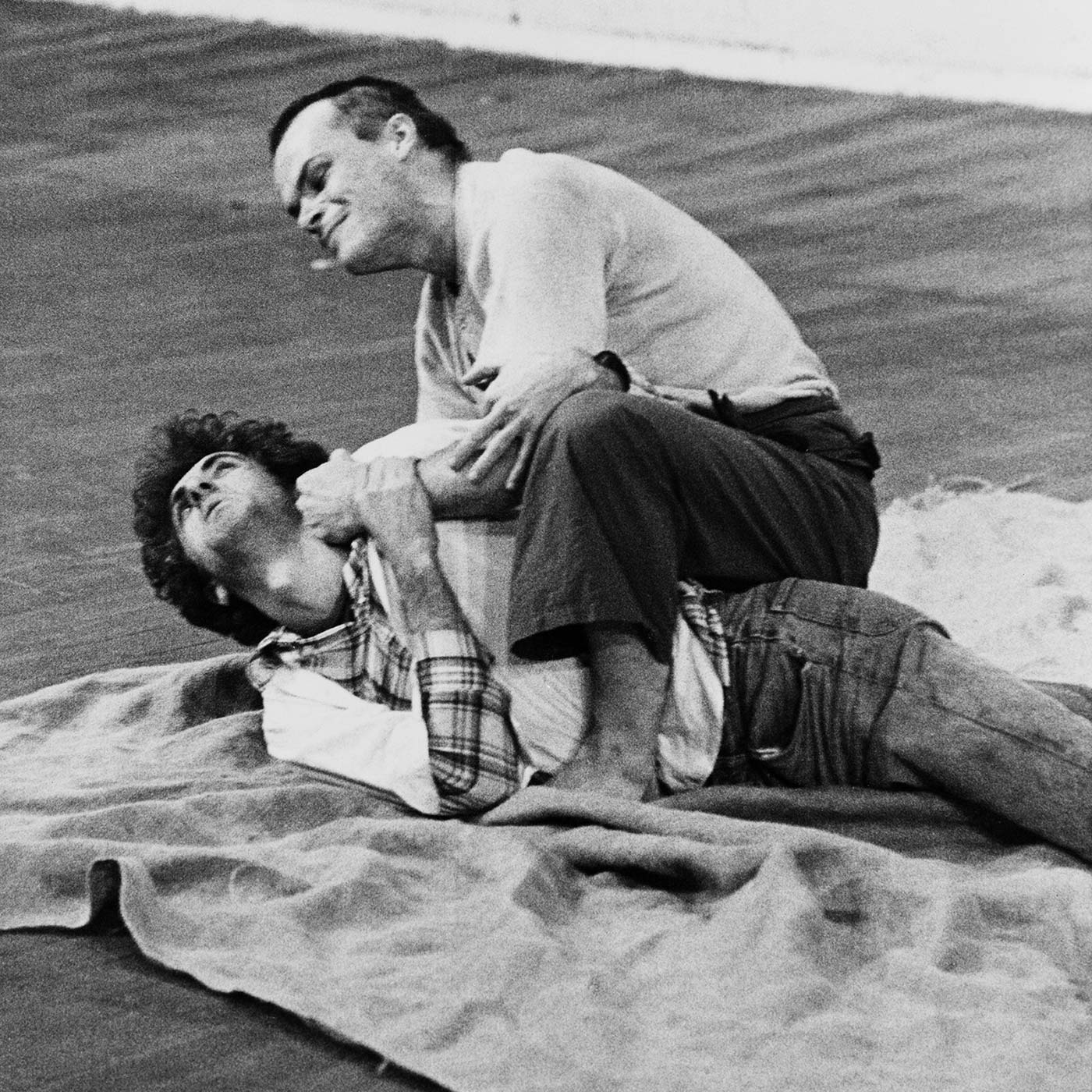 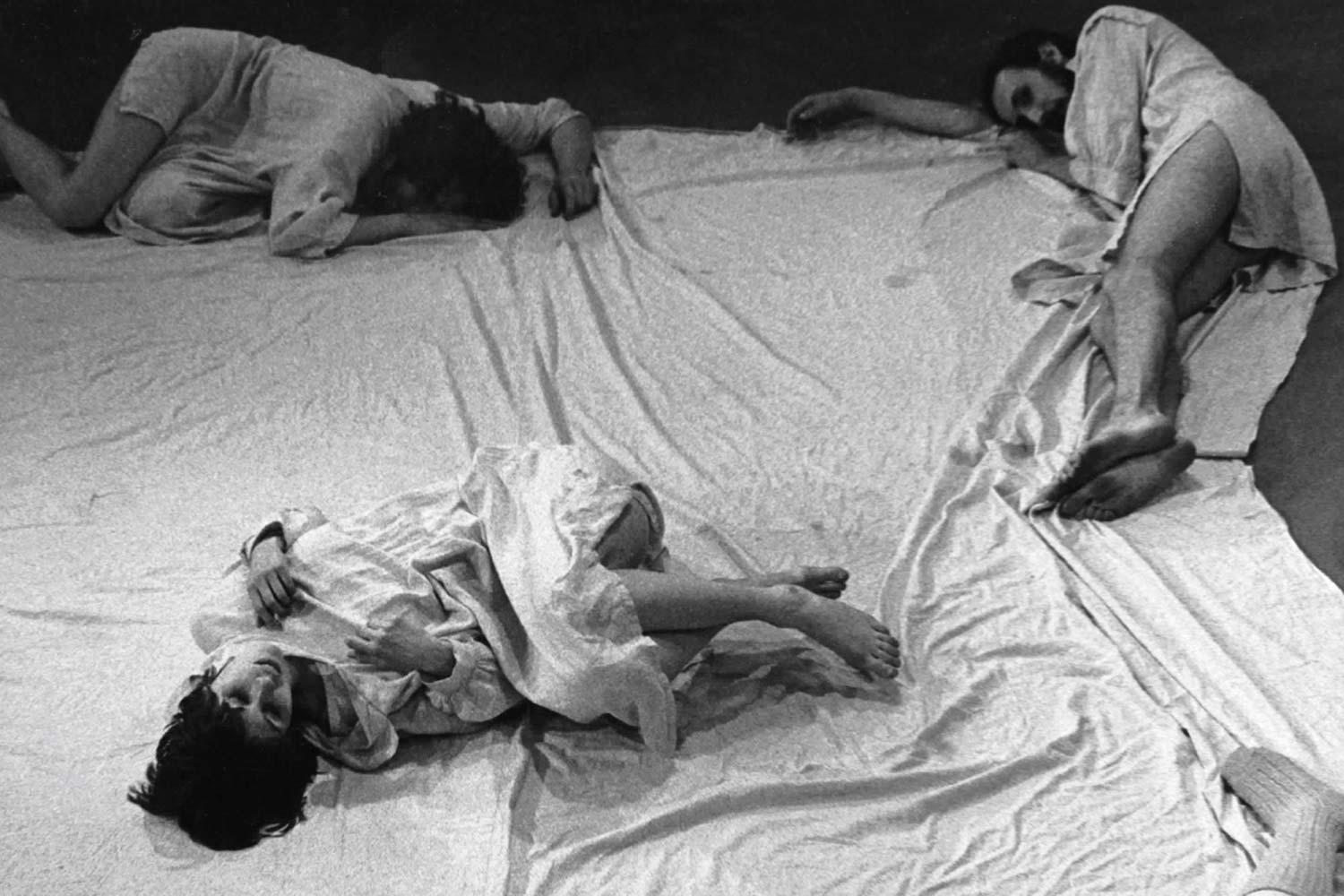 Baal was performed by three women and two men. Each in turn took on the role of Baal, creating a landscape on the human body that reflected and embodied the poetic landscape of the text. 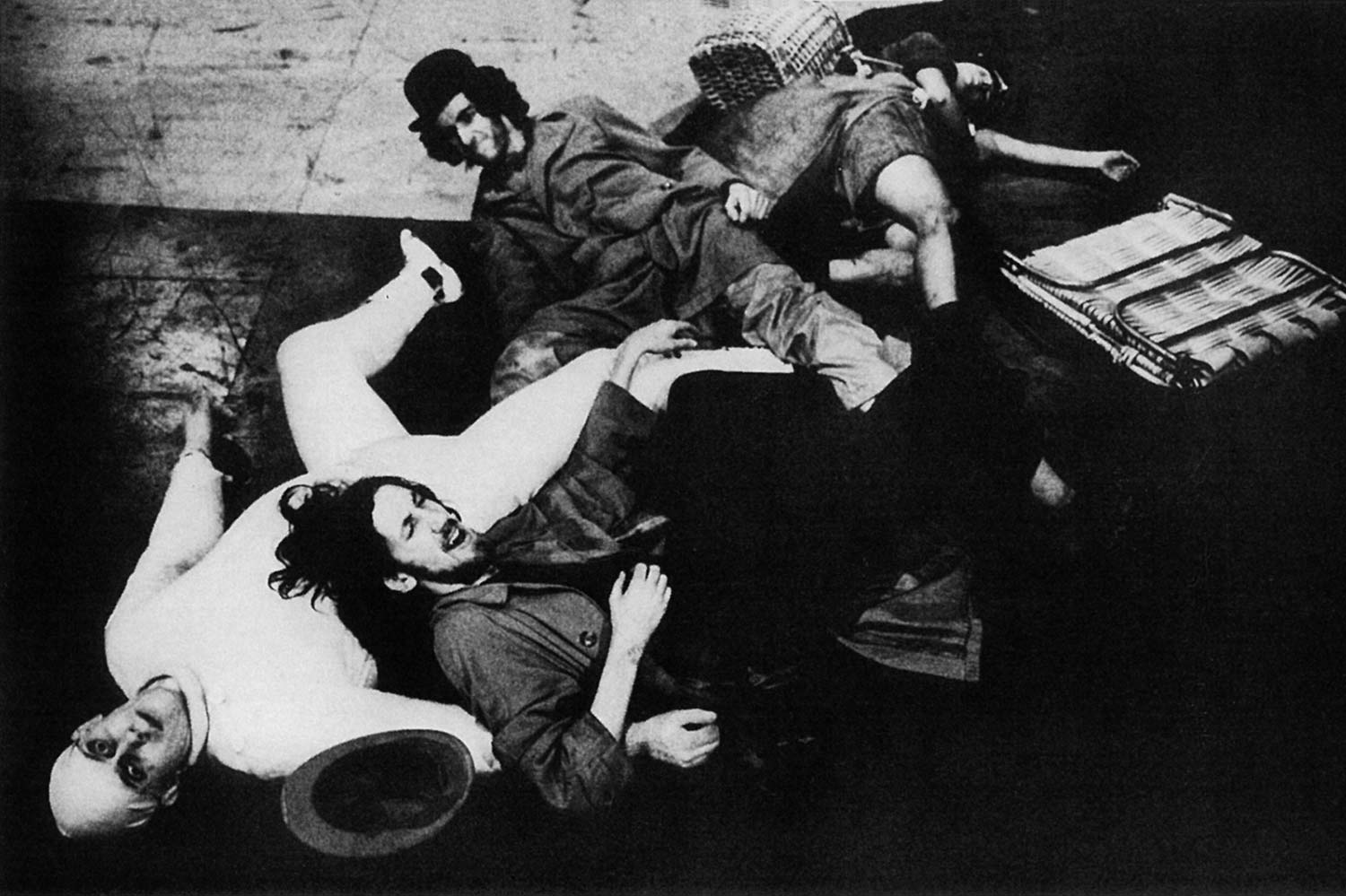 The worlds of the tramps and their visitors collide. 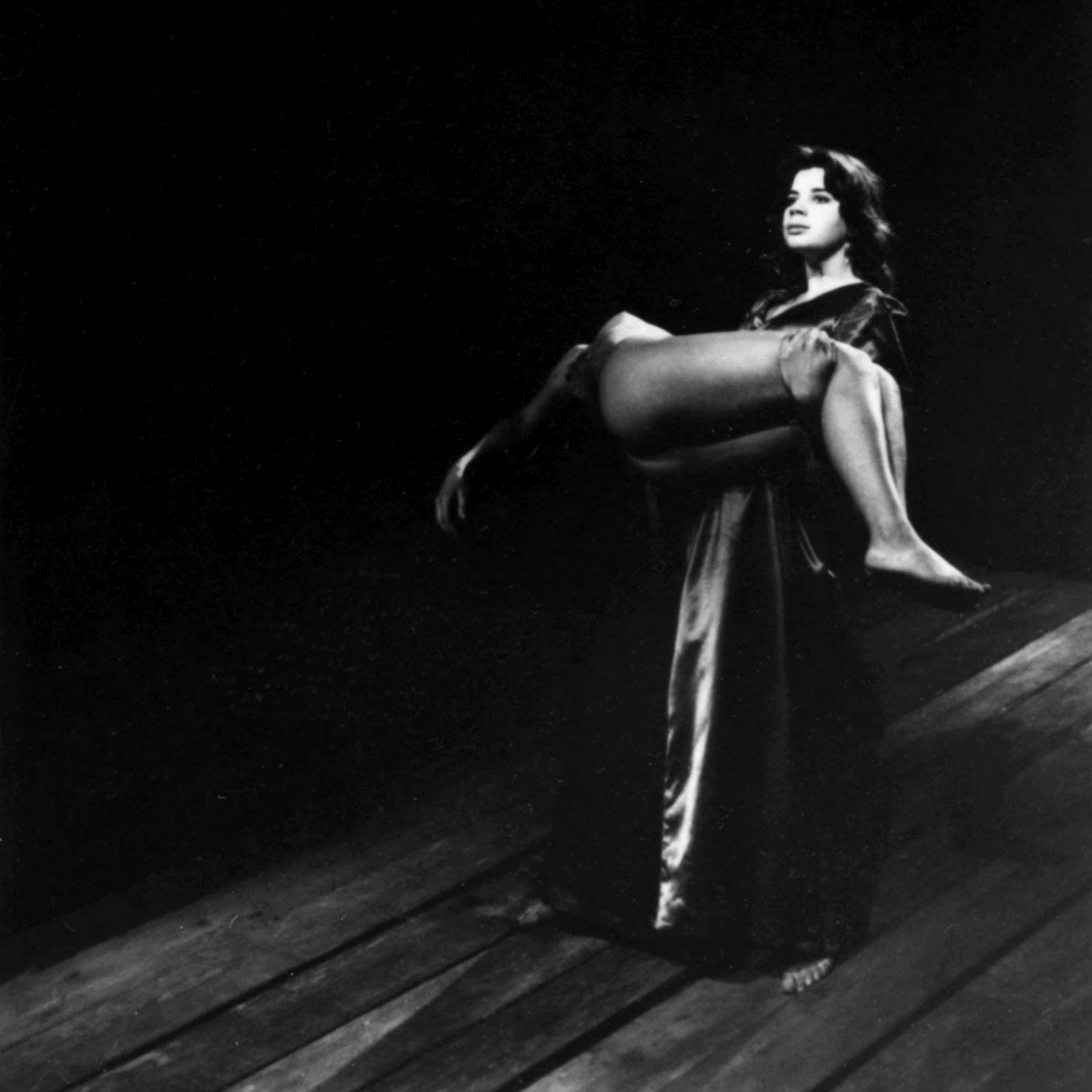 The production used the interplay between dance and spoken word to unleash the forces that contend in the plays. Different seating arrangements were constructed for each of the plays in order to depict the different worlds realised in each of them.